Originally from Lexington, KY, Mr. Knox holds a Bachelor of Music (BM) in Music Education from Murray State University in Murray, KY. In 2020, he completed a Master of Music (MM) in Historical Musicology at the University of Arizona. In addition to his studies, Mr. Knox served as a Graduate Teaching Assistant with the Athletic Bands and the Musicology departments.

During his graduate studies, Mr. Knox entertained a diverse array of scholarly topics. Participating in multiple academic conferences and substantial research projects, Mr. Knox has presented research on Chicago hip-hop in addition to exploring racial identity in the music of Tucson-native composer, Ulysses Kay. Along with his musicology studies, Mr. Knox was an avid participant and fan of the marching arts, gaining extensive performing and teaching experience. Mr. Knox performed with the Blue Stars Drum & Bugle Corps in 2014 and served as a drum major for the 250-member Murray State University Racer Band that same year. He also served on the instructional staff of the Racer Band in 2016 specializing in visual performance in addition to working with multiple high school bands across the state of Kentucky. In 2018, Mr. Knox began working with the Mountain View High School Band in Marana, AZ where he assisted in his free time for the duration of his graduate studies.

In addition to his marching arts experience, Mr. Knox has performed on euphonium with the Murray State University Wind Ensemble and Murray State University Tuba-Euphonium Ensemble and made a brief cameo in the Murray State University Trumpet Ensemble playing bass trumpet. During these years, he enjoyed performances at the International Tuba-Euphonium Conference in Knoxville, TN (2016), Kentucky Music Educators Association Conference in Louisville, KY (2017), and the National Trumpet Competition in Denver, CO (2017). While at the University of Arizona, Mr. Knox has participated in the Collegium Musicum—the university’s renowned early music vocal ensemble in addition to performing on the sackbut with Arizona Baroque. 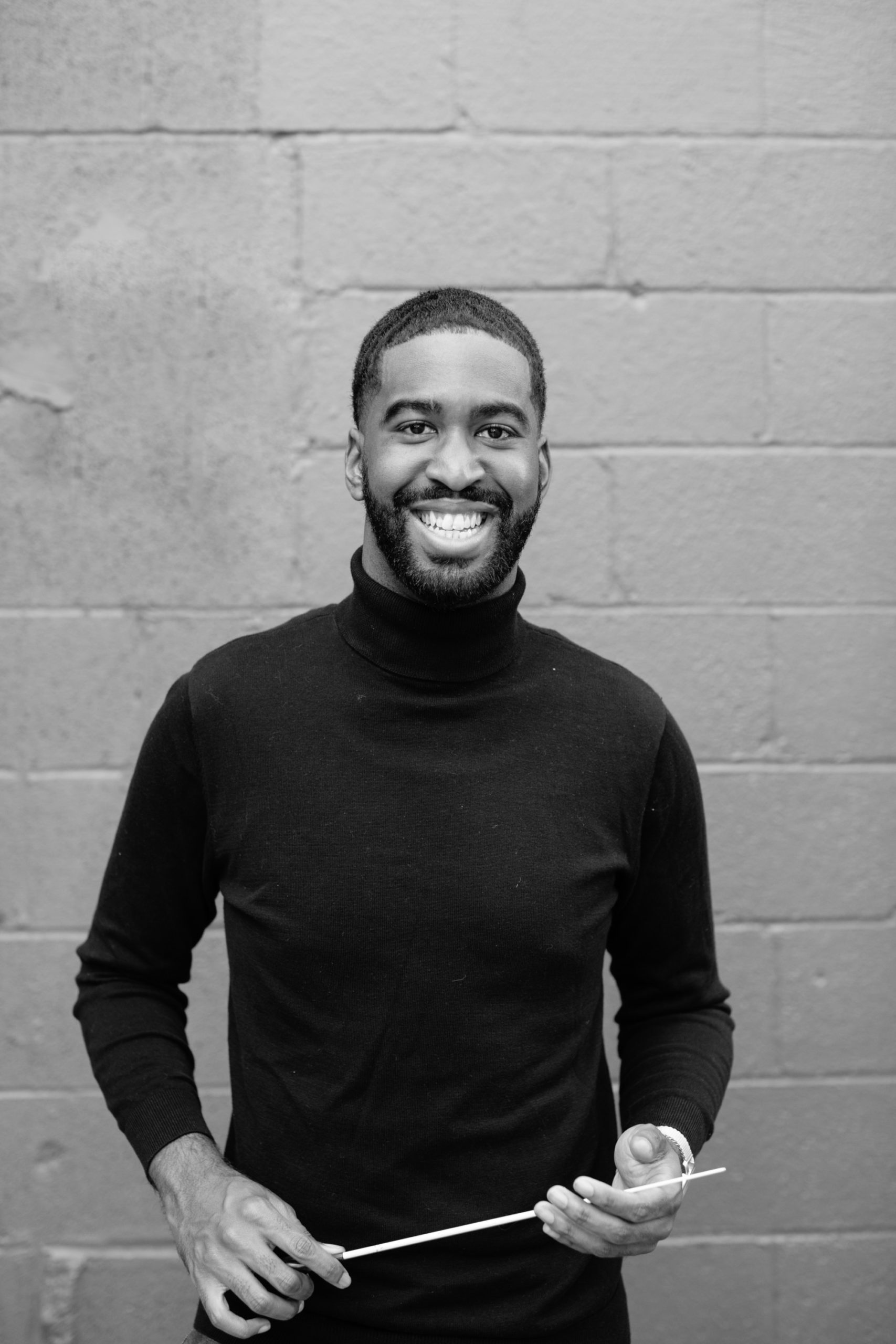 Director of Choirs and Percussion

A Tucson native, Jeremy’s first taste of performing came when he was in 4th grade and started playing drums. In 5th grade, he joined choir. His freshman year at Mountain View High School, he was in his first major show,  and he’s never looked back. That year, he performed in The Gaslight Theatre's last production of "A Christmas Carol."

Jeremy continued to act, sing, and play the drums throughout high school, but once he got to the University of Arizona his interests turned more toward academia as he majored in Music Education (vocal emphasis). This didn’t mean he completely turned his back on performing, though. He was a four-year member of the Pride of Arizona Drumline and spent three years as the drummer for the U of A pep band. Upon graduation, he immediately found work teaching in the vocal world (choir director at Desert Sky Middle School) and percussion world (11 year instructor for the Pride of Arizona and local high school marching bands). He currently teaches both choir and percussion at Cienega High School.

Teaching hasn’t kept him from the stage, though. He has appeared in numerous local musical theatre productions (favorites include Forever Plaid, Les Miserables, The World Goes ‘Round, The Story of My Life – for which he was nominated for Best Actor in a Musical, MAC Awards, Godspell, Christmas Carol, She Loves Me, and A Minister's Wife). He also performs with Khris Dodge Entertainment in a Paul Simon Tribute Show and a Hall and Oates Tribute Show.
Jeremy counts Paul Simon’s longtime drummer, Steve Gadd, among his many musical influences. Other sources of inspiration include hand drummer Toca Rivera, Dave Matthews Band drummer Carter Beauford, the legendary Buddy Rich, and Rush's Neil Peart.

However, his greatest muse and guiding force is his wife of 4 years, Amy, and their 4 girls, Kara, Jaymie, Lia, and Rory.

Shantell Funckes is a collaborative pianist with an impressive background.  She graduated from the University of Arizona in December of 2016 with a Bachelors of Music in Piano Performance. During her time at the UofA she accompanied for the University of Arizona Symphonic Choir, University of Arizona, Faculty Staff Choir, University Singers, and the  University Community Chorus. She has enjoyed her recent collaborations with the Arts Express Theatre Company, Vail Chorale, 2022 South-Central Regional Choir under the direction of Edith Copley, Tucson Boys Chorus, Helios Chorale, Tucson Civic Orchestra, as well as offering her talents to her church choir and several solo vocalists.  Shantell began her career as a collaborative pianist at the age of 6 when accompanying vocalists from Sabino High School in Tucson Arizona for Regional and All-State auditions.  Since that time she has acquired a vast solo and choral repertoire.   Some of her choral selections include works such as Handle’s Messiah, Mack Wilber’s Requiem, Bach’s G Minor Mass, Brahms Requiem, Beethoven’s C Major Mass, and Faure’s Requiem.

Shantell is also an accomplished solo pianist.  Her formal study of the piano began in the fall of 2006 under the instruction of Dr. June Chow-Tyne. She has participated in many competitions.  She has won first place in the Tucson Music Teacher’s Associations’ Merit Scholarship and received an Honorable mention for the Music Teacher National Association’s Young Artist Competition at the State level and the Michael Moore Undergraduate Award in the Trester competition.  Shantell has won first place in the Civic Orchestra of Tucson’s Young Artist’s Competition on two separate occasions and has had the privilege of performing each time with the orchestra. She had the opportunity to study piano performance with a full ride music scholarship to the University of Arizona and work under Tannis Gibson. While there she was awarded the Andrew Buchhauser award for dedication to excellence of musicianship. Her repertoire includes works by Bach, Beethoven, Chopin, Liszt, Messiaen, Muczynski, Debussy and Ginastera. Throughout the years of study Shantell has shared her love of music with residents in a senior home by offering solo performances.

Shantell Funckes is currently working in Tucson as a Collaborative Pianist at Cienega High School  as well as with professional choirs and theatre programs around town.She has a continuing commitment to excellence and looks forward to a lifetime of sharing her love of music with others through collaboration and solo performances. 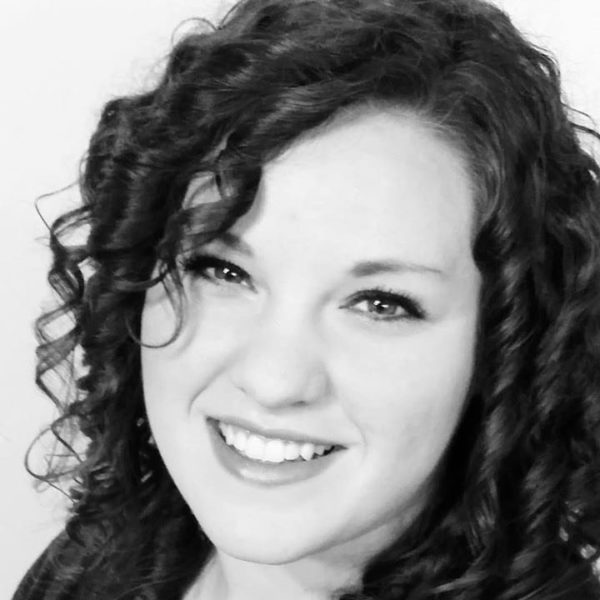